Every now and then, we get questions regarding our production –  why do we use mostly (not only, but mostly) mass produced Finnish meat?

In 2014, when the idea of Feri's Sausages was born, I was a member of Slow Food Helsinki, a non profit group that works to promote locally grown, clean and fair food. Later I became chairman of SFH, keeping the position for 3 years. Yes, it is important to promote the products of small farmers. When we started, first we wanted to do things differently, we wanted to create value and - if possible - make some money.

To answer to the question about mass produced meat, we must go back to the beginnings. Feri’s Sausages has a long history with local producers! Our very first products included pheasant, wild duck and partridge hunted in Uusimaa and lamb from Herrakunnan Lammas (Pertteli). Later we used the ethically grown pork of Ollikalan “olkipossu” and Vallan Maukas. We tried organic kyyttö beef from Huljalan Tupala and highland beef from Jusala Ranch, just to mention a few. All meat was super good quality and the producers very helpful.

There were some problems: it was economically and logistically impossible to maintain our production based on locally produced, ethical and/or organic fresh meat.

At first it was easy, because I was alone so I was only responsible to myself in my own company. As the production and the company grew, my wife came to help me (becoming our only employee), and later on we hired another person. That’s it, that’s where we are now. The taxes, the rent, fuel and material costs are the same or in some cases they are even higher to me than to bigger companies. We didn´t make any profit until 2018.

Under these circumstances it was very important to identify the factors that threatened our survival as a company. As I didn´t  take a salary, the most prominent of such factors were the cost of ingredients and the unsold sausages that went to waste or to charity.

We use mostly pork, so let’s talk about pork meat. The price of the ethically produced pork was double as much as the mass produced price. Let me stop here a moment and add, that being so small also means that we DON’T GET THE BEST PRICE when looking for meat. This extra cost, however, was impossible to add fully to the price of our “ethical” sausage. It would have been overly expensive to the customers.

Getting the meat from the farm is complicated, because many farms had fresh meat only once a week while we’d often need 2 deliveries of freshly ground meat. Several farms had fresh meat only in a certain period of the year, or when they had it it wasn’t enough to us. And when everything’s all set, comes the question: how does the meat travel from the farm to downtown Helsinki? How much does it cost?

Despite all this we tried it! We tested the ethical and / or organic products in many-many rekos and tried to sell them to K-Supermarkets.

At the end, we were left with hefty bills for the super meat we had to pay and the experience, that artesanal sausages and organic / ethical products combined become too expensive for our customers. Theys didn’t think sausages should be THAT expensive, regardless to the noble ingredients. We can argue about the behaviour, but it’s fact that Feri’s Sausages is a VERY SMALL company (2 employees) and we simply can’t survive as a company if we produce things people don’t buy!

All in all, we can answer the question in all honesty: we use mass produced pork, because we’d like to see this company here in the future as well.

We are open to source meat from local farms or companies in small batches, the way we do with Finnish moose and deer, but the main bulk will for now remain mass produced pork.

On a side note, let me add, that I still haven’t taken salary since the beginning. My tax papers come and go empty, year after year. Nothing to declare. We live from one salary, work long hours, raise our child with no grandparents around. We take perhaps 1 week of holiday each year. This is a family business that sustains some very dedicated people who want nothing but to create value and live here in Finland.

Feri’s Sausages makes hand-made sausages in Helsinki, using fresh Finnish meat and no additives. You, dear reader can decide if you take it, or leave it? 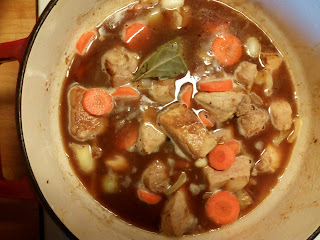 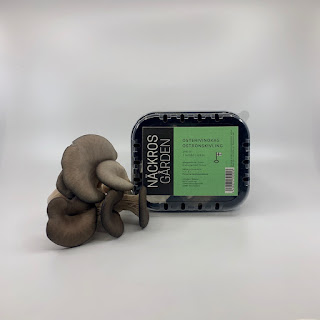